Jo Miller reflects on her experiences of the UK protection market and some of the lessons she's learned and delivers some insights for the future.

I’ll admit I’m a relative newcomer to the Protection industry and it’s taken me some time to find my feet. 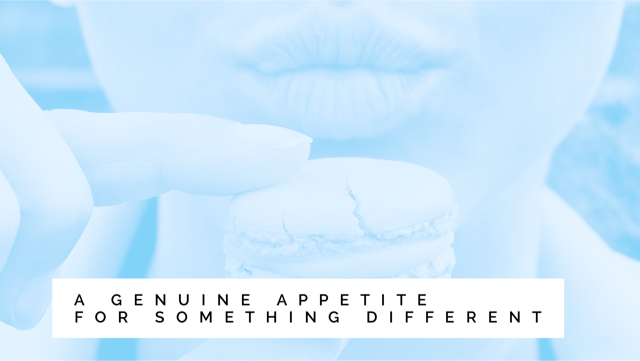 Returning to work after a break to have a family and with a previous career in operations management for one of the “Big Four” consultancies, I started off helping to organise Protection Review, both the conference and dinner and awards event in the evening. Sitting in on the sessions, primarily to make sure that the logistics of the event were running ok, I began taking an interest in what was being said.  Taking an interest yes, fully understanding what was being said, no.  Questions began forming in my mind about why things happened the way they did and I began noticing repeated frustrations being discussed by industry figures at the event and in the trade press."We should be reaching more people, shouting about the good that our products do and publicising claims statistics: official proof that we can keep the promise we make when the policy is bought." How exciting I thought to myself as my understanding grew: to be part of an industry with such an appetite for growth, change and transparency!

And in reality, it has been quite an amazing time to join the protection industry. For someone who has only worked in the industry for seven years, I’ve been lucky enough to witness one of its most marked achievements: Seven Families.  It’s not often you see a whole industry work together for the greater good, united in purpose and intent but it was a privilege to be part of something where company egos played no part and the claimant, or customer was the focus of attention.  It taught us many lessons as an industry – it reminded us of the good income protection can do and the difference it can make to people’s lives.  More than that it was a big yah-boo-sucks to those naysayers who said it couldn’t be done and showed the power of focus on a common goal. Maybe it points to a new direction that we can take as an industry?

I was reminded of the importance of the need for a relentless focus on an objective recently when I attended a training course for school governors.  In the time I like to call spare, between juggling work and being a mum to two active boys, I am a school governor at my children’s school where I hold the position of deputy chair.  In the interests of doing this as well as I can, I attended a course called “The Real Secrets of Successful Governors”.  I’ll spare you the details but needless to say that the thing that really resonated for me was the need to maintain a focus on what you want to achieve.  Hundreds of people involved in school life, be they staff, head teachers or governors themselves, were interviewed for the course content and asked if there was a governor that they knew who stood out to them as being particularly effective. The answer was always yes and the course covered the reasons why.  Really successful governors, the tutor argued, knew what was important to them as a governor and did the right things to make it happen.  Simple really.

So how does this relate to the protection industry? It’s been almost a year now since we brought Seven Families to an “official” close.  The material remains available for advisers and insurers to use of course but the project team has disbanded in the form in which it previously existed.  Talk of Seven Families two abounds in certain circles but for now, we are absorbing the lessons of the first campaign and are back to familiar arguments: growing the market, advice and commission, claims stats – good or bad?  All of these discussions are united by a theme: putting the customer at the centre of the proposition. Truly at the centre.  Making the product easy to understand, easy to buy and easy to claim on, rather than easy to avoid, easy to forget about and easy to mistrust.  So essentially it would appear that we all want the same thing and are focused on the same goal.  Well essentially, maybe, except it seems to me that we are getting bogged down in the detail here which is distracting us all from our common purpose. We are losing our focus: the customer.  Yes, we could concentrate on a number of incremental changes which would make us feel very pleased as an industry but would the customer notice?

Will an outsider disrupt protection?

Does this even matter if we’re all working on measures, however small, which are aimed at improving things for the customer? Well, maybe not historically, but now?  Now there is a new threat. For a number of years, in my times observing from the back at the room at  Protection Review I have heard people argue that the likes of Google and co could steal our crown and use all the data they have access to, to do what we’re trying to do a lot better and a lot quicker.  This could still be true of course, except they haven’t.  What is interesting though is the new start-ups that are appearing, mainly in the area of general insurance.  Why are they such a threat if they have no history or expertise?  Because they are starting with a blank piece of paper which allows them to stay focused on their aim: the customer.  Lemonade are one of a number of such start-ups leading the way now, showing how you can address the issues of trust that are so often regurgitated in this industry. Not only that, they have an easy to use app, are paying claims in record time and are sharing customer experiences.  The word is spreading. We watch with interest from this side of the pond, seeking reasons why this couldn’t happen over here.  The truth is, if Lemonade, or anyone else like them, decides that their objective is to explore the possibilities over here, they won’t see the reasons not to because they’ll be focused on the customer.

I'm not the first person to suggest that customer centricity is the only real way to create better products, better relationships and better outcomes. Many people earn a lot of money pointing this out on a daily basis. There is still a danger though that the message becomes so familiar that it loses its impact. It becomes a cliche not a mantra, a slogan not a driving force, an observation not an obsession. Customers are fundamental to what we do and why we do it and unless we really can start to think differently we will either never connect in the way that we need to do or we run the risk of a wave of disruptors stealing our industry. It's happening in so many industries and it often happens insidiously.

Protection insurance isn't immune to a fundamental re- engineering, in fact, I'm saying that's exactly what it needs. That's not because it isn't a wonderful thing, it's because not enough people realise it's a wonderful thing.

There will always be a reason not to do something, not to invest in something that is a risk, to join something with an outcome that isn’t guaranteed (yes I realise I’m talking about insurers knowingly taking a risk) but the question is whether that is helpful for the greater good?  If we genuinely want the market to grow we have to see things differently, to change our focus and maintain it regardless of distractions.  When someone decides to genuinely do this, they are sure to reap the benefits and it must only be a matter of time till I’m sat at the back of the room of a future Protection Review listening to how it all unfolded!