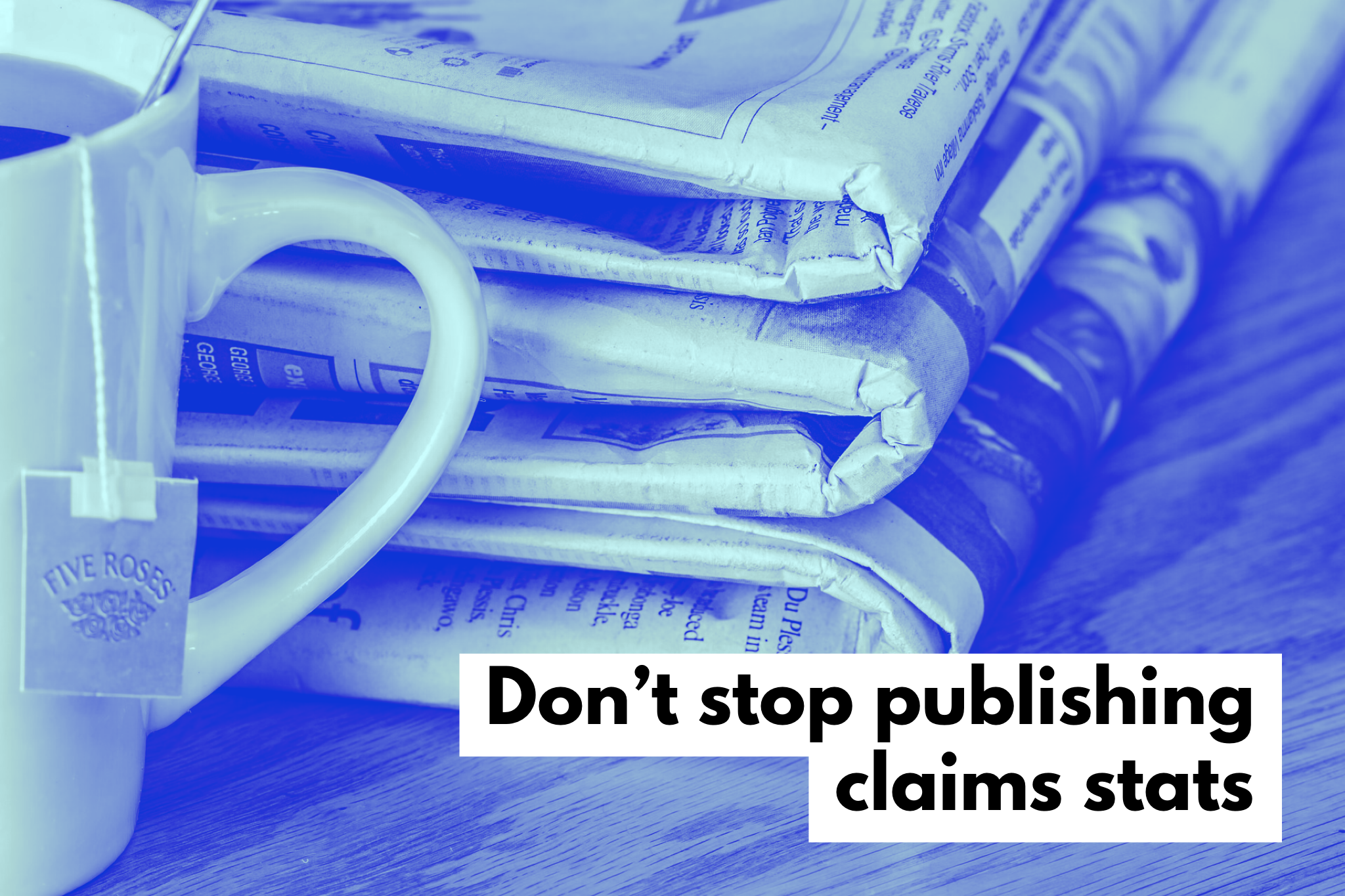 The idea that some people in the insurance industry want to stop publishing claims stats is astonishing.

The way I see it, there are three things a customer needs to know when they’re buying insurance. What’s the price, what’s the promise – and will my insurer keep it if I need to call it in?

The last part is the hardest to get reliable information on – and while % of claims paid is not a perfect answer to “Will my insurer be there when I need them?”, it’s about the best stat we’ve got at the moment.

When I started Fairer Finance 5 years ago, I set out to help people with that tough third question. In general insurance sectors, we poll customers and ask them how happy they are with their insurer – and how much they trust them – as well as look at Ombudsman uphold rates and mystery shopping the purchase journeys.

Even in GI, the problem with polling is that only a small minority of people we poll have claimed. So most people’s views on happiness and trust are based on how easy the purchase journey was and how happy they were with the price.

We’d love to just poll people who have made claims – but if we did that, we’d only get a significant sample size for a fraction of the market. Even with our current methodology, we only get significant sample for about 50 brands in car and home insurance – where there are more than twice as many out there in the market.

But when we added life insurance in October 2014, polling seemed to make even less sense – because there would be no claimants in the mix at all.

The truth, of course, is that the industry only started publishing claims data as a PR exercise to show consumers that insurers do pay out in most circumstances. They never meant those stats to be sat on comparison sites – and used in ratings like ours.

But the fact that we – and the aggregators - use them speaks to the fact that there is little else out there. And rather than looking to withdraw them, we should be making sure there are checks and balances to ensure they are all calculated in the same way, and should be looking to enhance them and provide more detail around why claims have been rejected.

We’d also like firms to publish how long it takes to pay claims on average.

We put the challenge to the industry to work with us on improving the data. With co-operation, we could even start polling claimants – or their relatives in the case of life policies, which would provide a much better picture of how well firms were performing.

Instead, the industry is in retreat. When we came to publish our latest ratings, L&G refused to provide us with the data at all.

If that’s the approach the industry wants to take then don’t be surprised when the FCA comes knocking and ends up with something much more intrusive.