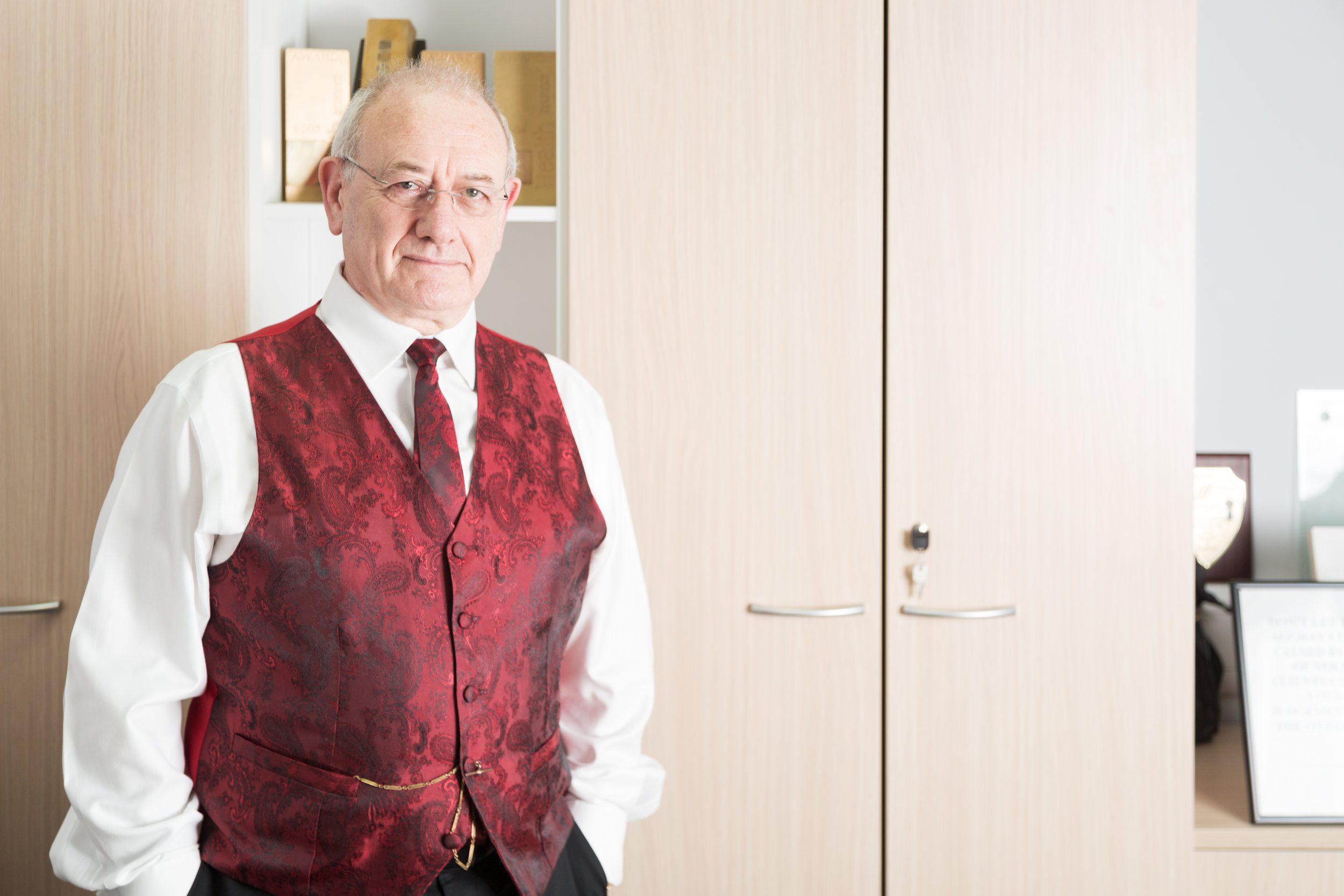 Where am I now? Retired!!

Well, semi-retired, as my son Jimmie now runs JJFS, so we don’t have to change the initials of the company!

I am now learning to play golf, which was something I didn’t get to do back in the ‘good old days’ days, despite numerous offers from insurers.

When Protection Review asked me to contribute this piece, it brought back memories of probably 30 years ago when I was a young insurance salesman, keen as mustard and apparently with a wicked sense of humour, combined with an insatiable appetite for reading and re-reading the story of David and Goliath.

It all started when a clever actuary in South Africa decided to invent a NON-DEATH life policy that would pay out if someone had a heart attack or cancer or a stroke. It was limited in the number of health issues covered, but, and this is a big but… you didn’t have to die to be paid out.

Actually, if you did die from any health issue not named, you wouldn’t have been paid.

It didn’t take long for the word to spread to England and soon every Tom, Dick and Harry at the insurer’s ’new business development department’ jumped on the proverbial bandwagon and designed their own ’unique’ type of critical illness policy. All trying to out-do each other, of course.

There was just one ’minor’ problem… there was no ’standard definition’ for the conditions covered. Insurers could decide what their own heart attack definition was, and it was different in almost every company. Stroke, cancer, total permanent disability definitions all played Russian Roulette with a client’s well-being and it soon became apparent that if you compared policy A with Policy B, two clients could have a ’heart attack’ on the same day and depending on the policy definitions, one would be paid and one wouldn’t.

For those old enough to know the phrase ’Russian Roulette’, this is how it felt to advise on this shiny new product at the time – it was a great idea, but it was a game of chance.

On one sunny day in the 1990s when I had nothing else to do, I listed out all the illnesses that the entire market combined covered – and then put all the companies’ policies on a spreadsheet and I could see that, as an example, if there were a maximum of say 30 conditions that could be covered, some companies covered say 28, others 25 and some paying lip service to jump on the CI policy bandwagon, 15 to 20. This meant that if I sold and yes, we SOLD policies in those days, a client a policy and they had the ’wrong type’ of health issue…. tough sugar!

This was a big problem for me as I had fallen in love with the concept of CI and to say the least, I was perturbed that at some stage one of my clients would have a claim declined.

The solution seemed relatively simple, we just had to get all the insurance companies to agree to standardise their CI policies!

That was when I fully appreciated the meaning of the saying ’It’s like herding geese’!

It took some time, a lot of persuading and pleading (some might say bullying) and a lot of press articles, where some excellent journalists also fell a little bit in love with the protection profession, and what we were trying to do for customers.

We did get partial standardisation, but every company still wanted to make their definition different to show how ’clever’ they were – and that was when I got really ’p****d off’ as the actuaries were now playing Russian Roulette with my clients’ lives.

It began a mad 10-year period in my life where I was a ’back seat driver’ in many insurance companies’ product design teams, and to be honest, I liked it and milked the publicity!

So, to all those young people coming into our profession, here are the TWO JJ golden rules:

1. Take out a CI policy for yourself (and your family) for the largest sum assured you can realistically afford.

2. Value all your clients, more than you value yourself!

The only criticism you will get from a client is that they say they can’t afford the policy. This was – and still is, my response to them: “Well, if you would kindly have a heart attack or cancer or any of the other health issues covered, I will pay you all the money currently insured.”

This tends to focus our clients’ thoughts and invariably THEY think that they will continue the policy.

The reason you are reading this is that YOU are protection minded.

It is only when YOU can demonstrate you value a client more than you value yourself, will you be able to genuinely look a client in the eye and suggest the correct level of cover.

It seems the current industry is still going through similar ongoing changes, corporate amalgamations, medical advancements, which may help on claims on old policies.

New policies are going to become more selective on the coverage and on underwriting and acceptance. That’s my prediction, but it may not be shared by some insurers.

But hey, since when did insurers ever agree with advisers!