Nick Kirwan was one of the architects of standard critical illness definitions and now works for the Financial Services Council in Australia. 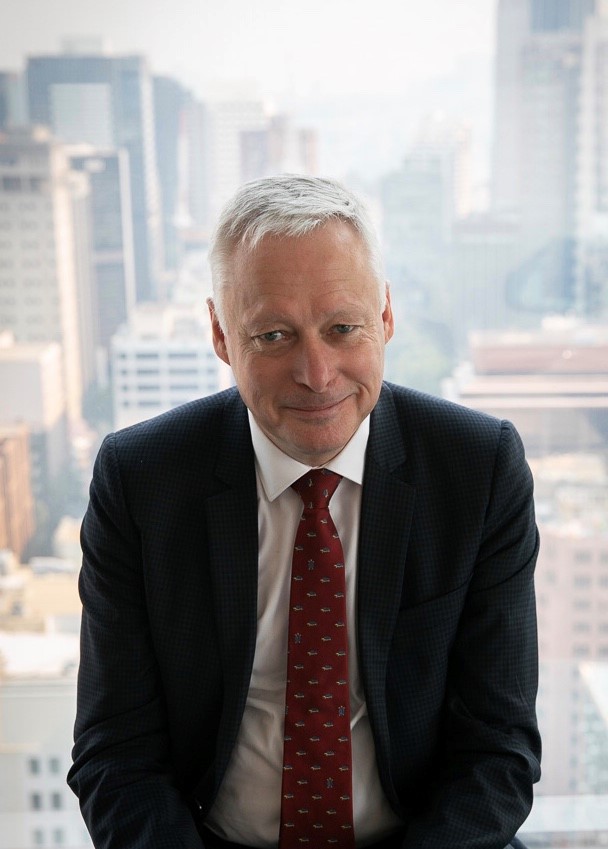 Just over 5 years ago, I decided it would be fun to live and work somewhere new. A headhunter called me about a position as head of product for MLC, one of the largest life insurers in Australia. That unexpected call was the start of an amazing voyage of discovery during some of the most challenging times for the Australian life insurance market. And, despite the challenges, I’ve loved it. There’s a lot to be said for living and working in a vibrant City with sun-drenched beaches, even if the locals do wear budgie smugglers.

Everything is different in Australia, even though it may look similar at first glance. The products sound pretty much the same - death, TPD, IP and critical illness, called trauma here. But there the similarity ends.

I could go on about more differences, but here’s the thing. If you’re looking for a whole bunch of new product features, pick up an Australian product disclosure statement – the PDS. It’ll take you a while to read though, the shortest is around 100 pages. You’ll find some amazing new product features, many that are not commonplace in the UK.

After about 2 years of discovering the market and how it works, I joined the Financial Services Council, the FSC, which is broadly Australia’s equivalent of the ABI. This took me on another amazing journey of discovery into the world of Australian politics, policy and advocacy.

At FSC in 2017, I oversaw the introduction of a new Code of Practice for the industry that covers every aspect of life insurance - from policy design, sales, underwriting, customer service, vulnerable customers, claims, complaints, remuneration, staff training and governance. And, yes, standard critical illness definitions for the big 3. Codes work differently in Australia, as we have a Code Compliance Committee that oversees adherence to the Code’s commitments and can sanction subscribers for breaches.

In Australia, the FSC and its members introduced a moratorium on genetics in 2019. Now, instead of the genetics community saying awful things about the industry to politicians, we are in a position to work constructively together, and we have built a good relationship with the Royal Australian College of General Practitioners, RACGP, with a formal agreement on consent and patient’s notes, and with the mental health community.

And talking of the community brings me to the 2018 Royal Commission into Banking and Financial Services.

To start it off, the industry was required to report any conduct that had not met “community expectations”.  In a Royal Commission, like a criminal trial, everything is discoverable and testimony is given under oath. However, unlike a trial, there is no testing of evidence so in effect, it’s a case for the prosecution with no case for the defence.  Organisations produced literally millions of documents. The first task was understanding what “community expectations” actually meant. Since that time the concept of community expectations has become a standard feature of discussions around financial services regulation.

The community was invited to tell their horror stories and tell them they did. Executives’ decisions and oversight were scrutinised in minute detail with 20:20 hindsight. It was very ugly viewing and a wake-up call for much of the industry.

In the end, Kenneth Hayne QC made over 70 recommendations. His report landed right in the midst of a tight general election battle with both political parties promising to go harder than the other. Now, almost every single one of Hayne’s recommendations is in the process of implementation with Bill after Bill after Bill coming before Parliament, and the opposition holding the Government to account. I’ve never witnessed so much change taking place so quickly.

One of the FSC’s concerns is the risk of unintended consequences in all 3 protection markets – that is, group, advised and direct.

In group, 2 pieces of legislation, “protecting your super” and “putting members’ interests first” have already sliced around 30 per cent off in-force premiums.

In the advised market, the changes to advice and new requirements for advisers, changes to remuneration structures and damage to consumer confidence have seen a mass exodus of advisers and reduced new business by about 40 per cent. And lapses have increased too with fewer advisers to attend to orphan clients.

The direct market is also facing challenges through strict anti-hawking laws and an enforced 4-day deferred sales model on the way.

The key learnings from the Royal Commission

Every failure could be attributed to one or more of three things:

Life insurers are dealing with a huge amount of change, but also reinventing themselves with wholesale changes to culture and remuneration. And the Regulators are now working hard to demonstrate how tough they are. They even have a new mantra Hayne gave them: “Why not litigate?”

In the last 18 months to the end of 2019, the industry lost over $2.5 billion just on individual IP, to the point that the prudential regulator, APRA, has demanded wide-ranging product redesign. The good news is that we now have a new FSC standard table to guide the product changes. Of course, the losses are all in the back books, so the challenge will be to transition existing customers into the new less generous, but more affordable, IP products.

And just when the industry is reeling from $2.5 billion losses, comes COVID, expected to bring with it a tsunami of mental health claims from financial hardship and isolation. And new types of claim from people advised to stay away from work as they are at higher risk from COVID if they were to get it. Already we’re seeing it’s harder to get people back to work when they have no work to go back to. So IP claims durations are already getting longer, increasing claims costs and payouts. Thankfully, Australia has fared relatively well with just 102 deaths so far and relatively few new cases as we lift our lockdown.

The industry’s reputation has benefited from COVID with a number of solid FSC initiatives to help the community - for example by ensuring frontline healthcare workers are not prevented from getting new life cover, pay a higher premium or have exclusions on their policy because of the hugely valuable work they are doing.

With the focus firmly on sustainability, culture, remuneration and, most of all, customers and community expectations, we’re looking forward to a brighter future after what we expect to be a tough couple of years. Fingers crossed.

Almost all life insurers in Australia now have overseas owners and we have almost as many reinsurers as direct offices. One of Australia’s best-known life insurer has been taken over by the UK’s Resolution and is closed to new business. All the banks have recently sold, or are considering selling, their life businesses with 20 year distribution deals the norm.

Given the challenges in the market, the really big question for Australia now is what will the market look like in 5 years? Answers on a postcard.