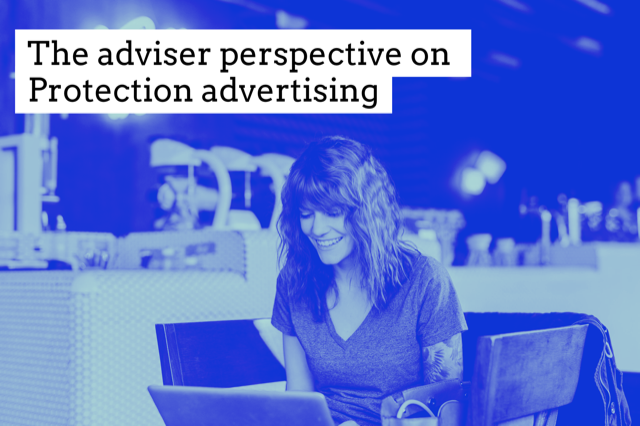 What protection advertising works and what doesn’t?

What works? Love them or hate them: Over 50’s adverts. They produce sustained long term campaigns across TV, newspapers, magazine and targeted loose insert drops. They employ well-known celebrity faces that are trusted. Simple prices promoted in simple messages. Zurich’s radio broadcast including their claims statistics was also a huge step in the right direction

What doesn’t work? Branding led adverts that cover all products from pension/investments/ savings/ protection etc. Good to know that if a company turns a profit they share out the profits. Sounds ethical but won’t mean much to the day to day person who won’t remember the message 5 minutes later. Stick to one area eg protection. Customer needs and how their products meet them -  benefits are king these days shout about GP services, best doctors, online help services.

Do consumers respond to protection advertising?

The protection market is growing, and this must in some part be put down to advertising. Over 50’s plans being the most prolific advertisers have done very well out of growing this market. New advertisers like Beagle Street and Polly are doing a great job of speaking to customers in a simple way and starting conversations.

Do we get more results from advertising to advisers or customers?

This is a hard one to answer having no data to work from, but on a large scale, the industry should be advertising to customers. The overriding message should be highlighting the need for protection and instilling trust by proudly displaying claims figures. Protection needs to distance itself from motor and household insurance claims percentages and the general idea that insurers do not want to pay claims. If there is a distrust of advisers then it won’t matter if they are legitimate or rogue, the message they put out will be discounted.

More channels open up greater opportunities in an increasingly social world. Social media is a brilliant gateway allowing protection providers to reach a younger demographic. Campaigns are more demographically targeted online. The more touchpoints the better especially if protection advisers are aiming for income protection. Life cover is being considered later in life due to the later age at which people buy their first homes these days, income protection should be their first port of call when starting their relationship with insurance.

At the conference, Speaker Ian Henderson said we could revisit a generic protection campaign as an industry but rather than TV (as Tom Baigrie attempted years ago) use social media to create a movement backed up by shared stories. Is it time for such a campaign?

Social media channels are increasingly fragmented, which is a positive for targeting specific demographics. However, the reach of the protection message will be far more effective when used in conjunction with TV and National press. Social media would be better placed to act as an additional medium and allow different creative and individual stories to sink in as confirmation of a mainstream campaign.

Social media alone could appear too disjointed and light. The message needs to be big enough and sustained over a decent period of time to be a long-lasting one. Social media is new ground to insurance and would be a cheaper way to start, but if the masses are to be conditioned into believing protection is vital, it needs mainstream channels to reach larger numbers and instil trust. A combined campaign from the insurance industry, shouting about claim stats and why insurance/income protection is needed should the first step prior to case studies being disseminated via social.